Click here if you want to join the league


League Details
● Players must join the league from a brand new account. This is to ensure that not only all managers are on the same level, and also because we don’t want to take people away from their normal leagues that they race in.
● Players for the league will be selected based on performance in a “qualifying league” to be managed by iGP Manager.
● The “qualifying league” and primary league will both be private leagues with invites being managed by iGP Manager via the AOR forums.
● In order to control equality among those who qualify for the primary league we will have the managers remake their account upon graduating to the primary league (essentially making a 2nd brand new account which they will use to compete).
● Each season the managers will make a brand new account, in order to prevent anyone from running away with development into future seasons with a major head start.
● Priority given to those who registered interest, when it comes to sign-ups.

Stream Details
● Stream to take place on the AOR YouTube channel.
● Broadcast to be handled by iGP Manager’s Justin Sutton with graphics to promote iGP and AOR.
● Race start is at 8pm in the UK on Tuesdays which means stream would start at 7:45pm or 7:50pm, just prior to the qualifying results becoming available.
● 50% distance races at 1.5x speed.

How can I help you? 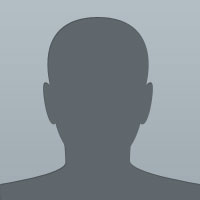 COMMUNITY MANAGER
1 year 236 days ago
Please ask questions on the topic indicated in the link. The AOR Staff will be happy to answer you, they are the most qualified in this subject.

FOUNDER & WEB DEV
1 year 236 days ago
José
Please ask questions on the topic indicated in the link. The AOR Staff will be happy to answer you, they are the most qualified in this subject.
Just to follow up on this point - we are not the organizers of the league. That's why we don't have much information. Better to ask the AOR guys if you have any questions for that reason.

Melvin Hokke 5157
1 year 236 days ago
I can not register because i dont have privileges to reply. How can it be changed?

COMMUNITY MANAGER
1 year 236 days ago
Melvin
I can not register because i dont have privileges to reply. How can it be changed?

You need to sign up at the AOR Forum.

The sign ups are at the AOR Forum. https://apexonlineracing.com/community/threads/official-igp-manager-league-main-sign-up-thread.51848/

Eduardo Rossi 5236
1 year 235 days ago
I would love to participate in this championship, it would be a great experience. However, the race time here in Brazil will be at 6pm (in daylight saving time or 5pm in normal time), which is the time that most of us are leaving our job.

There is a chance of this race happen at 10pm UK time?

AOR is an external organisation to iGP Games which is hosting this league.
1