Elly Gray 5712
198 days ago
I would like my league to have the chance to race the 2020 calander but I'm unable to set the Season to ten races because there appears to be a minimum of fifteen. Although I'm aware the 2020 F1 calander is not ideal for a multitude od reasons, it seems unfortunate not to be able to replicate it on a F1 game platform. This is also due to problems recruiting at Pro level, we have many active managers in Rookie and Elite but Pro is lacking, in fact our league is 100% active daily unlike so many others out there. I have actively been posting regularly in the forums with special offers regarding Pro managers for the last six months with very little to no response. Is our league showing in the "Join a new league" section? It would appear not, which is very frustrating as a host. 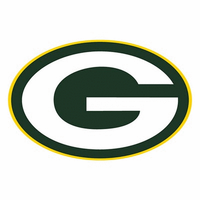 Gustavo Heiden 6644 MODERATOR
197 days ago
Okay, so for clarifying this is a suggestion about being able to run a League competition with only 10 races.

I can't speak for iGP developer, but as a player a 10 races seasons does not allow for a good car design strategy, as you'll be barely able to reach half of maximum Design Points.


Now, about iGP being an F1 game platform. It only uses some of tracks that F1 races or used to race. They are not trying to reproduce F1. I won't expand my commentary on this in order to not go off-topic here.

Jamie R 5764
197 days ago
A 10 race calender would also be open for abuse around the HOF. If timed correctly you could win a number of championships in a single calender month distorting the HoF.

Elly Gray 5712
197 days ago
"I can't speak for iGP developer, but as a player a 10 races seasons does not allow for a good car design strategy, as you'll be barely able to reach half of maximum Design Points" I guess the F1 teams are finding exactly the same problem, The shorter the season the more limited R&D is, doesn't change the fact that in the real world we have a ten race season.

We aren't looking at abusing anything. We just want to run the current season.
1