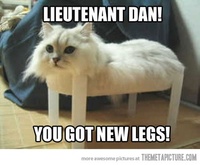 Welcome to the iGP General Discussion board!

Here you can banter about all things racing and beyond. But before you get started, drop a post in here to say hello to the rest of the community here at iGP. Make sure you include your name, team name, a little bit about why you came to iGP and the most ridiculous thing you've done so far this year.

I, by the way, am Michael. Also known as MusterBuster on that there internet, I've been looking after online gaming communities for 4 years (I used to work at PlayStation!). I'm not in any official role here at iGP, but I'm absolutely loving the game and would really like to get to know everyone who plays!

My team is known as MusterBuster Racing. We're a 2 car team split with a clear driver heirachy. I head up the 1st team, and Lt. Dan (Pictured top left, he's got new legs) heads up the rookies. So far, we've taken part in 2 seasons, moving up to Pro tier in our second.

The most ridiculous thing I've done this year is to choose a cat with plastic legs as my team mascot. 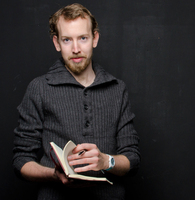 Jaap Grolleman 5000
7 years 349 days ago (edited 7 years 349 days ago)
Well, I’m a student in advertising, graduate in graphic design, and the editor of LooksLikeGoodDesign. I now live in Netherlands together with my girlfriend, and I’ve done internships at international agencies JWT and Arnold Worldwide, and worked for clients like Unilever, Bayer, McDonald’s, Vodafone, Renault, Opel, BMW and Volvo, in the Netherlands and Australia. I'm also managing the Facebook page/Twitter feed for iGP Manager.

I love all kinds of motorsport, unsurprisingly most Formula 1. I've been to the 1999 Belgian Grand Prix and the 2009 Australian Grand Prix. I do race cycling (but not in a team), and play electric guitar (not in a band though).

Furthermore, I love online communities and online games. I've also been playing World of Warcraft and Diablo 2 a lot, and racing games like rFactor, Grid 1 and F1 2012. Mostly online, as I don't so much like beating the computer AI, but other players; lot more rewarding.

My team, well, I wrote about it in this thread, but I've won four championships out of four attempts, and moving to a more challenging league when the last three races are over (don't know which one yet). 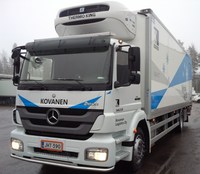 I T 5000
7 years 347 days ago
...Hello, i am Ioannis, a 37 yo guy from Greece...i am big fan of football, basketball and formula 1 and every kind of manager game for those sports...so no FIFA, NBA or F1 for consoles for me, but whatever it has to do with being the boss and control everything then bring it on...  :D  ...so in internet i am playing just 3 browser manager games, one for football (Hattrick), one about basketball (Basketsim) and one for formula (iGP)...few years back i used to play Batracer and Buzzerbeater too...

...i never watched a formula 1 race live, so i am not as lucky as Jaap is, but i had a different experience occuring twice...during my 12 years of living in Finland, i had the pleasure to have some drinks with the legend called Kimi Raikkonen...the 1st one at Kimi's small (by that time) boat back in summer of 2001, it was the year when he just entered the world of formula and i barely knew him, the 2nd time it was in 2007 just a couple of months after his 1st championship...   :-) 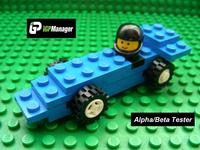 Jake Goodhall 5000
7 years 345 days ago
That is interesting news Ioannis.
Has anyone else met a famous F1 driver or manager?  Especially before they became famous!

Jaap Grolleman 5000
7 years 345 days ago
Well, this is me, meeting Lewis Hamilton, in 2009, in Melbourne, Australia.
As said, I'm from the Netherlands, and was in Sydney, for six months. My only holiday in that period of time, I spend in Melbourne, for the Australian Grand Prix.

In a Dutch magazine, I read that Mclaren had a lunch every year, on St. Kilda beach, the Wednesday before the race. But when I arrived there, it was Force India I found. Sutil and Fisichella, and only a few press. No fans! I had a chat with them and wished them luck for the race.

When we arrived, Ron Dennis and Martin Whitmarsh parked their car and we where a bit starstruck. They went into the restaurant, in which obviously we weren't allowed, so we waited for the drivers to finish their interviews and lunch. Lewis Hamilton came walking out and we both got autographs. Kovalainen meanwhile didn't wait and rushed to his car, but Pedro (de la Rosa) was nice and waited for us and gave his signature too.

My hostel-roommate was the happiest Mclaren fan in the world I think, he couldn't believe he just met Lewis Hamilton! Later we made the bet (I'm a Ferrari fan) that if Mclaren would finish ahead of Ferrari, I'd give him a bottle of rum (and vice versa).

The race was a big shock and won by Button in the new BrawnGP - Hamilton finished 3rd so I bought him a bottle of rum which we both enjoyed. After we parted ways (he went on a roadtrip in Australia, I went back to Sydney to the internship), Hamilton was disqualified, putting Ferrari ahead of Mclaren, so he should have payed the bottle of rum, but I don't mind; I had an awesome weekend in Melbourne I'll never forget.