This thread is closed. Threads older than 6 weeks are closed automatically. To continue this discussion, create a new thread.
1 2 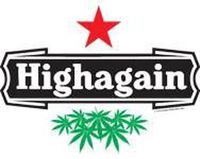 Thijs Jansen 5000
4 years 335 days ago
I kind of agree, but not totaly. There hasn't really been a single player game for pc since f1 manager 2000, so both markets are kind of blended toghether.
And be honest, the new site is designed for the smartphone/tablet and also accessible on pc, at least, that's my user experience. And to be all clear about my point, I don't have a smartphone/tablet. I have a dumbphone and a laptop to access the internet outside my house. 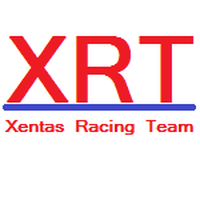 Jason Prudhoe 5000
4 years 335 days ago
I remember F1 manager 2000, that had several bugs in it's system that you could exploit it to devastating effect from time to time, can get a Minardi 1-2 in Monaco for example by using the timing screen at the right time when a lapped car creeps around the track holding the leaders up until it pits. you time it right your cars are in the lead with several seconds of timing screen. recently there are F1 manager games like this, designed in a single player mode, but those are crap and last one was in 2014 and that got overwhelming negative reviews on steam and elsewhere.

Hopefully this new motorsport manager game can give a fix to those people who just wish to experience their game in peace. when was the last time i saw a multiplayer compatible f1 management game? GPM2? but that was back in the mid 90's!

Vinod Maskeri 5489
4 years 332 days ago (edited 4 years 332 days ago)
I played all the Demo that RTS( Race Team Simulator) released, It was fun and very much on course towards the real F1 racing manager, Demo included only The racing part but managing tires and using Engine power and push level was quite realistic i felt , with driver's mistakes and safety car scenarios threw nice randomness to every race, Also Race viewer was fun to engage with lots of things to follow as races unfolded, Sadly the developer stopped the project, Its officially over,

Jason Prudhoe 5000
4 years 332 days ago
I don't play demo versions of games. besides, i look around on their forum and it appears to be a sinking ship, if it hasn't already it will be soon.

san insane 5000
4 years 270 days ago
Thijs
I kind of agree, but not totaly. There hasn't really been a single player game for pc since f1 manager 2000, so both markets are kind of blended toghether.
And be honest, the new site is designed for the smartphone/tablet and also accessible on pc, at least, that's my user experience. And to be all clear about my point, I don't have a smartphone/tablet. I have a dumbphone and a laptop to access the internet outside my house.

Jason Prudhoe 5000
4 years 240 days ago
Okay, i bought MM from steam the other day, played over 30 hours within those days, playing predator racing, it took me half a dozen races to get a podium and a win. so it is fairly straight forward. with a few more improvements that championship is mine.

however a number of problems came up, in fact a very large list of problems that is affecting my performances during the racing that are outside my control and become annoying at times. when those developers have patched their game again and hopefully perfected it, it will be a much more solid management game to have.

HEAD OF SUPPORT
4 years 240 days ago
Wat, a game like that needs patches?

Jason Prudhoe 5000
4 years 240 days ago
on the pc platform, yes. they already released one patch a few weeks back, but in the attempt to fix the blue flag rules, the devs actually made it worse according to a few reviews i saw.

having played it for a bit, the blue flag rules are messed up on the game, it has cost quite a few good results; especially with faster backmarkers
your teams driver holding up his or her teammate
lead drivers switching lines and slower cars not yielding to the flags
the change in racing lines also loses you a lot of time per lap the longer it goes on which consequently allow other drivers through gaps that otherwise wouldn't exist.

so instead of holding on to 3rd place with a time exactly the same to those around you, your driver changes line because your slow teammate is ahead and needs to be lapped, 4 cars behind are holding their pace and because your slower driver is not backing off, your lead drivers pace is being dictated by the slower car, a lap later the other cars are now in the fight and suddenly 2-4 cars shoot past and by the time you finally get past, you lost 20 seconds attempting to overtake your teammate and your now down in 7th place.

it is the only problem the game has right now and it is a fairly serious one.

Jason Prudhoe 5000
4 years 239 days ago
I have now played it lots of different ways, from very aggressive development, driver and designer, to status quo all the way to full out development of the teams facilities before results. the latter i am currently in the process of doing, almost 2 seasons down, level 3 factory, a tour guide facility and later on a level 3 design facility. season 3 is going to be more of the same, season 4 is when i strike for the euro title with predator.

all of them have shown the same issues with the blue flags, car troubles and such. some of it is unrealistic like tires, car speeds affected by tires and certain tire compounds that don't work in condition which they can deal with but don't like wet tires on a fairly wet track, however it is not wet enough so the cars speed and cornering drops so much a lap, even being outside that window for 1 lap can cost about 20 seconds.

it isn't friendly on different strategies either, either pushed for a 5 stopper or a 2 stopper and you don't gain much from it, you got to be within a stop of every other driver or it don't work although i had tried long stopping at the ardennes or milan a tracks, more often than not i end up gained a lot of time through careful strategy despite the lack of speed in the engine or the weak braking power in the brakes.

had a few 1sts over the past few days, only earlier on i had my first dnf with Santa Ana on munich a, 2 corners from the pit entrance.

anyway, focus for now is on building the infrastructure, getting pay drivers in the races with max marketability and find 4 star sponsors that pay per race and a huge up front cash payment :P

James Greer 4885
4 years 239 days ago
I downloaded this the other day on my laptop. Jumped in at the deep end, Chariot Motor Group.
The AI are tricky little buggers, They seem to wait to see what I do, track is wet enough for inters but they stay on dry tyres, or if I stay on dry tyres they change to inters, like throw the dog a bone people and give me chance lol I see lots of blue flags (I'm in a Manor after all) only problem I see is my guys slow down way to much to let people past. There is no blocking like you have said above.

James Greer 4885
4 years 238 days ago
Have to say iGP car images are by far better, this doesnt even look like a car

Jason Prudhoe 5000
4 years 232 days ago
With the 1.2 update, the various things were not completely fixed, i am having to run a unofficial mod to get the blue flag situation sorted out. oh and by the way, there is a 2d viewer on mm now, very similar to the one on igpmanager.

James Greer 4885
4 years 232 days ago
If you download the unity asset unbundler, you can use it to edit many things yourself in the game 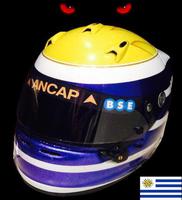