Another day, another new circuit! Austria has been added, this time replacing the old Europe circuit on the calendar.

In order to maintain a sensible size on the calendar, as additional circuits are added they will replace older circuits. Eventually, we will introduce a custom calendar system which will allow league hosts to select the tracks they want to race on each season, but that is not in this update.

Several weeks of hard work on improvements to advanced strategy, particularly around changeable weather before the start of a race, is now in testing. At this stage, it is being developed in conjunction with our beta tester team, which is made up of real managers from the iGP Manager community. We are collecting their feedback on the solutions we have implemented in order to prepare and refine the update for public release. 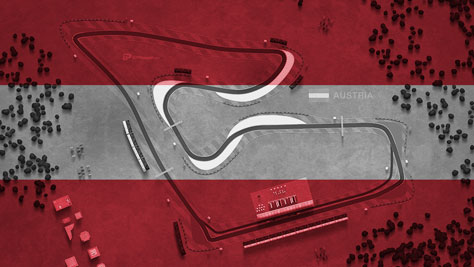 Andi Yanianto 123 days ago
Extra reward for quick race pls. Right now, quick race is mean “cost” for player, lost health, lost engine, and parts. Make it more interesting like give an extra skill point for driver or else.

Gunnar Acagi 127 days ago
Hello. I'm sorry to use this section for a different topic but I haven't found other solution, because there are some rumors but no evidence about the actual role the weight has related to the driver performance (and other aspects).

As there are other threads about this problem, I'm sure many users would like to have a final clarification. Here my thread where I expose my reasons:

Mihajlo Ugrenović 128 days ago
Idea: Design your own test track. For example: you could adjust the number of slow corners, high speed corners, straights etc... As a result, if I have more straight, acceleratation will be higher and the same for others...

James Turner 128 days ago
I agree with the safety cars or even vsc situations, would make the pit stop strategies more interesting. Perhaps when a car retires or if people push too hard and their tyres overheat they could crash out, same if the tyres are too cold.
content/misc/comment/ajax/get.php?cpid=42&ccid=144&canComment=&canDelete=&cVoting=1&sorting=1comment-listparseComments 1 2 3 4
This site uses cookies. By continuing to browse the site you are agreeing to its use of cookies. Read our Privacy Policy