In which direction do you think we should we take Quick Races?

FOUNDER & WEB DEV
1 year 211 days ago (Last edited by Jack Basford 1 year 211 days ago)
There have been several debates about Quick Races since its introduction, mainly aimed at ensuring it is well balanced and doesn't impact leagues. After discussing this with many managers, I have put together three proposed systems / directions in which we can take Quick Races, intended to address all of your suggestions and feedback from the initial release. Please read them carefully, as well as the design constraints at the end, and then cast your vote.

Option B - 'Track time' limits and no car/driver condition
Quick Races become completely detached from cars or drivers, and there is no car condition or driver health. They are always 100% starting the race. Instead, what you have is a limited amount of “track time” per day, distributed across League and Quick Races. This ensures that each user consumes a manageable amount of server resources each day while offering them the option to get as much “track time” as they want by using Tokens.

Level XP is not awarded in Quick Races if you are in a league. Essentially, Option A is bundled in to this system. Also, none of your drivers do Quick Races, *your name* is displayed instead as the driver, but you do not have to manage the health or condition of the driver or car.

Option C - Quick Race Chassis & Driver
This is similar to Option A, except your team receives a third car to manage, with no design, only the condition of the car and engine to maintain (via the options already in the Quick Race lobby). Your league chassis do not take part and are entirely separate from Quick Races.

What are the design constraints of any system?

Honza Zouzal 5023
1 year 211 days ago
If we have discusion about...
Please make 2 menus in team history....
League races / Quick races...
Now its complocated search somethink in history of the races because all is in one row...
Thanks

Andrea L'enigmista 5420
1 year 211 days ago
The fast races should only give xp to those who win the fast race if there are less than 5 players, or at most to the second classified if the players are 10, the third classified if the players are more than 15 ... etc. A competitive car is needed to win: new engine, 100% health driver, new mechanical parts, a winning strategy.

HEAD OF SUPPORT
1 year 211 days ago (Last edited by Yunus Unia Blunion 1 year 211 days ago)
Jack
Option C - Quick Race Chassis & Driver
This is similar to Option A, except your team receives a third car to manage, with no design, only the condition of the car and engine to maintain (via the options already in the Quick Race lobby). Your league chassis do not take part and are entirely separate from Quick Races.

Speaking as a player, personally, I like Option C. I think it would be cool if Quick Races were a separate mode of the game, e.g., Leagues are the 'Career' and Quick Races are an 'arcade' mode.

Managing a separate car with its own resources separate from my main team sounds a lot more interesting, especially considering everything is leveled and equal, its my own management versus other managers.

I think this would let players race a lot more often to their heart's content, especially with friends and league mates. It would maybe even work better with introducing a separate system putting managers within a class letter system, similar to what GT Sport does, or re-working Reputation. This would give Quick Races the ability to allow managers to match with others similar to their level of skill if they want a harder challenge.

Dominik Reiner 5038
1 year 211 days ago
Maybe you should think about a junior league, all in all with four cars and drivers for every player to drive in a secondary league. Quick races have no big advantages for us players! We just lose engine power, car parts and driver endurance!

M. Truche 5558
1 year 211 days ago
Option B sounds good.
For managers in a league, it allows to focus on league races and have fun with QR without having to manage another car.

Peter Man 5066
1 year 211 days ago (Last edited by Peter Man 1 year 211 days ago)
After reading thoroughly the above article, I have voted for Option B, as I feel it addresses the majority of the initial issues, whilst maintaining the option for players to play more, if they should feel so.

Going through the other 2 options:

Options A allows for unlimited Quick Races, using up more server resources than arguably necessary, and possibly even impacting normal league race stability as a due result, and for arguably a small gain (I don't think many players will normally race past 10 Quick Races per day)

For this reason, I would even propose that the data generated from all the Quick Races be wiped after, say 2 days, to prevent any future data stability issues. 2 days, in my opinion, is enough time for anyone wishing to make notes, or export the race CSV.

Option C is an interesting proposal. I've had to read that one a few times to understand it fully :-D

Moacir Fernandes 4989
1 year 211 days ago
As a  new player (lv 8), I'm happy with the changes provided for xp gain because allow me to be competitive and have a more progressive evolution of my facilities. It was pretty hard to evolve my facilities at same pace as my level grow, leaving me with a hard choice between upgrade design only or upgrade design and tecnology.
Maybe a good approach is a different formula for xp gain for mid/high levels, since the xp needed for level up is somewhat exponential, leaving the possibilty of running quick races for xp gain at my discretion (limited quantity for servers health).
I don't think that spent 1 token for quick race is a smart choice, since tokens are too valuable to spent for fun.
So, I won't vote. Just want to leave my opinion.
Sorry for my bad english.

Matt Smith 5408
1 year 211 days ago
I dont mind if you get rid of any rewards from the races but option B sounds really good.

FOUNDER & WEB DEV
1 year 211 days ago
Ben
Option D.=  Leave it as it is.
I feel a bit silly for not putting this option in the poll now. Maybe we can treat this as a knockout stage, the best two ideas will go up against "keep it as it is" in a second poll.

Asmodeus Dreadnauht 5028
1 year 211 days ago (Last edited by Asmodeus Dreadnauht 1 year 211 days ago)
Personally, I think the taking away of the XP gained from the QR will be detrimental to those struggling to stay competitive with the other managers that win consecutive league races.
I want to be active in my league races but because I am more likely to have a better chance of winning a QR than a league race, I'd be more inclined to quit my league and just get those valuable XP outside the league.
I prefer option B: I'm OK with limiting the number of daily QR to free up the servers but, I don't agree to spending tokens to race. Taking away precious XP because it is not in a league makes no sense. Higher level Mgrs. can afford to buy better staff and drivers making it unbalanced in league races. I like that QRs are evened out.
Also changing the prizes gained by finishing positions makes sense. 1st - whatever gets 150K? Otherwise I like the QR feature very much,
Thank you. 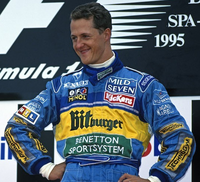 Nik B 5039
1 year 211 days ago (Last edited by Nik B 1 year 211 days ago)
Would like to first say I think it's a good balance to have QR XP gains for those not in leagues/don't have league races, while disabling it for those who are in a league and have had a league race. That way players have a choice of how they would like to gain XP with one option not necessarily having a significant advantage over the other.

The only potential complaint is, as you said on another thread, that some leagues don't run daily. So if QR XP could be gained on league "off-days" as you mentioned, that would give an advantage to managers who have time to race those QRs over other managers in their league who are unable to.

2) On the other hand, managers able to gain QR XP on league off-days will have an XP gain advantage over their rivals in the same league. Perhaps this could come at a cost to those managers benefiting from QR XP by form of health drain, parts wear, and engine wear. And here I'd once again like to share my suggestion that: Total health drain/parts wear/engine wear of #QRs required for player of level (X) to reach the same XP gains as they would in 1 league race = health drain/parts wear/engine wear of 1 league race, which I'd expanded on in the other thread.

As for meeting parts requirements in 2-car teams, this I also have no problem doing, especially with the extra parts through mobile ads. But I can see it being an issue for newer teams who don't have a decently leveled manufacturing facility. QR races using more parts will make it harder for all managers to manager their parts, but I definitely don't see many high leveled/experienced managers having much of an issue with it, but those with lower leveled teams with less developed HQs may find it more difficult compared to experienced players with developed HQs. Increasing the parts cost for 1 car teams may balance 1-car and 2-car teams out in terms of parts cost, but there's definitely some managers who like the less cost of resources that 1-car teams give, and they'd argue it makes sense as 1 car should cost less resources than 2 cars. So if the devs do decide to increase the parts cost of 1-car teams, perhaps it shouldn't be equal or more than 2-car teams still.

But from the standpoint of wanting to manage server resources more efficiently, I understand Option B. For those who like the aspect of managing health and car condition, maybe it's not as fun, but you still have the same restraints on when QR XP is gained like the other 2 options. I can agree with players using Tokens to get more track time too; I guess indirectly they are paying for using more server resources.