The story behind your team

This thread is closed. Threads older than 6 weeks are closed automatically. To continue this discussion, create a new thread.
2 3 4 5 6 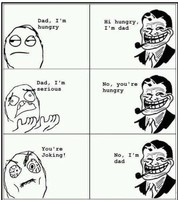 Jason Chen 5101
4 years 240 days ago
Monaco Yacht Club (my second team) was created on Feb 16, 2014, two days after I created my first team Swift Attack. However, For the first one and half months I never attended a single race and only made pre-race setups. I was truly a noob at this game back then. The first time I attended the race (I attended with 2D viewer, because back then you had a 28 days free trial) I had no idea how push levels worked. I thought "pushing harder must be better". So I chose pl5. That completely melted my tyres and my tyres were bright red and I was about 3 secs off the pace on one lap. But I didn't know that indicated tyre temp and thought that it indicated tyre wear instead (because I watched people play CodeMasters' F1 games). That race went worse than all the races that I didn't attend. I said (excuse my language) "f*** this game because nothing makes f***ing sense." I decided I would never play this game again.

Six months passed before I remembered this game. I thought I would give this game another shot since I didn't have any good games to play. This time, however, I decided that I would try to attend the races as much as possible to learn how the game actually works. It took me a few races to figure out how the data viewer worked and how the basics such as push levels and the split time displays worked. I read forum posts by others to gain a better understanding of wet weather and especially driver training. Then I figured out, from experience of my own, that it was faster to use softer tyres and pit more times than using harder tyres to go longer. What also helped a lot was Ricardo Speedking's iGP calculator. I used it for a while, but when the calculator taught me as much as it could I stopped using it, and instead relied on past seasons' results to decide what strategy to run.

The process of learning about this game from scratch was done on other accounts of mine. If you look on this team's league history you'll see this team became active again in October 2015, which was about a year after I gave iGP a second shot. That, however, meant I was able to put all that I've learned about this game into practice on this team. This team only had done 35 races when I picked it back up. However, I immediately signed two drivers who were level 5, 17 years old and had 20 talent (which is very rare; I was very lucky to find them): Reece Moss and Grace Kotei. They are still my drivers to this day. As of today, both of them had done 198 races with Monaco Yacht Club.

But before I returned to public league racing, I first did a season in my own private league to get my drivers up to speed. Also in my private league was another team of mine Faster than Light. After a season of training I decided it was time to try these two teams out in public league. So I put Faster than Light in International F1 league (because of the high average reputation in Elite) and Monaco Yacht Club in European Racing League (because it's an everyday league with a good average reputation). I didn't know I would absolutely dominate Season 24 in Rookie tier with 16 poles, 17 one-two finishes and 731 maximum points (43*17 = 731). I was promoted to Pro. I started Season 25 with around 20% design because I started Season 24 with 100% design. For the first half of Season 25 I focused on designing for next season, but I kept cloning Jason Mcrae's team (which started Season 25 with 100% design) and I was able to win many races in the second half of the season. I was promoted to Elite at the end of Season 25. I started Season 26 in Elite with about 70% design. Surprisingly, I was very much on the pace with the Elite frontrunners for the first half of my first season in Elite. I won in China (only my third race in Elite!) and again in Turkey, both times with superior strategy (namely 8 stints of SS in China and 10 stints of SS in Turkey) that I came up with myself. I was even leading the Elite championship for a few races. But I only scored 5 more points that season after Turkey and ended the season with 170 points.


It was at the beginning of Season 26 that I made a very important decision that would ultimately help me to #1 on HoF. I decided I would start every season at around 70% design to allow for maximum consistency.

However, my low form continued through all of Season 27 where I never won and only scored 77 pts.

Luckily, I turned my fortunes in Season 28 by winning two races and finishing 2nd in Team Championship. From that point onwards, I have always won at least two races each season. I usually won near the end of seasons, because that's when my design caught up to the teams that started the season with 100% design.

I finished Season 29 third in the Team Championship. I was second in Season 30. Then in Season 31, thanks to a string of wins in the second half of the season, I was able to overtake the championship leader (managed by Kelter Dias) to take my first DC and TC in European Racing League Elite tier!

I finished Season 32 third in TC again (two teams started with 100% design and I couldn't do too much to catch them). But little did I know what Season 33 offered.

At the beginning of Season 33 I spied on Kelter Dias's team McLaren HondaII because he started Season 31 with 100% design. But to my surprise he only had about 65% design! I quickly found out that I actually started the season with the highest design, which was around 67%. This meant that I could make good use of my arguably superior drivers and arguably superior strategies to achieve good results with a design that is usually 20 seconds slower over the 100% race distance than cars with 100% design! And I did make excellent use of this opportunity. I effectively dominated Season 33 by winning all races but one, and by accumulating 704 pts over the entire season. What this meant was that my reputation increased after every single race that season, and I was able to get from 8883 reputation to 9210 reputation in one season, and overtake Adam Gosling for #1 in the HoF! There was no way I could have foreseen this when I decided to give this game a second shot.

Something worth pointing out in regard to Season 33 is that even though it seems that I dominated the season when you look at the points, the races were usually very close. For example, I only qualified on pole 5 times that season. That meant I had to fight back through the field to victory. Another point was that in 8 out of the 16 races I won, my nearest rival was less than 10 seconds behind. Even though I only scored 27 pts less than in Season 24 Rookie, I usually won the race by about 60 seconds in S24.

So that's pretty much the story of me and this team of mine. I do have another point I want to mention though. The key to my success here wasn't the obvious, but was the subtleties that I paid attention to. For example, through experience I almost know exactly what tyre and push level, combined with the race temperature, would keep the tyre temperature in a good range at any given track without my attendance. Because I attend only about 20% of my races, that skill is very important for me because if I don't attend, my pre-race strategy will be the one I will use throughout the entire race. There is no way to change the strategy mid-race if I don't attend, so my pre-race strategy has to be as good as it could be, i.e. only a few seconds slower over the entire race distance than if I do attend.

Since the new iGP seems to remove some features of the game that my success relied on (such as the old design system and viewing results from past seasons), I'm not sure if I will keep playing when it comes out. If I do stop playing this game, however, I will reveal a hidden secret before I say goodbye. This secret is the answer to the following question:

I have made 14 accounts in total on iGPmanager. Twelve of these have the manager name "Jason Chen" and can be found by searching my name in the "manager" category. But what are the other two managers named? (These two accounts of mine are both currently active in public leagues.)

(I will only reveal this if and when I quit this game, so if I decide to stay after the new iGP gets released you won't be able to find out my secret... hopefully... At least I won't tell anyone... :) )

Okay I think I wrote enough (took me 2 hours to write this thing!). It's midnight here now. Peace out. :)

Joey McLane 5040
4 years 239 days ago
I know your secret Jason, you used my pajama ! I found chips and a photo of Jocelyn Wildenstein in it.

(For those who cannot understand, read this)

Jason Chen 5187
4 years 239 days ago
"Joey
I know your secret Jason, you used my pajama ! I found chips and a photo of Jocelyn Wildenstein in it.

(For those who cannot understand, read this)
I had to click the link to understand that :)

Will Caylor 5006
3 years 187 days ago
Minardi Formula 1 has been and always been, one of my favorite teams, regardless of the inability to score a lot of points and uncompetitive cars.

My team is based on that, having finished in the top half of the standings for the past 3 seasons, with 2 podiums, a pole position, and a fastest lap in a race.

I'd also like to mention that Pierluigi Martini has not retired yet, as he came back after a 30+ year hiatus.