Since Daily Rewards launched into the service a couple of days ago, the response to this addition has been overwhelmingly positive. This is probably not a surprise (who doesn’t like free stuff?). There are no plans to change anything else in the game – we just wanted to say thank you to our most loyal players for logging in to iGP Manager every day. This is a feature we’ve wanted to add for a while.

How do daily rewards work?

There are two components to each Daily Reward, a ‘fixed’ and a ‘surprise’ reward. The fixed reward is shown in advance and the surprise reward is one of three randomly selected items that a manager may choose from.

Claim your Daily Reward by clicking on it in the news feed on the home page each day. You can also build a streak of up to 7 days in a row. By logging in every day, your rewards will increase in value.

We have lots of other work ongoing to improve iGP Manager including introducing new tracks. We are also hard at work trying to resolve bugs in gameplay such as those identified with advanced strategy.

On top of that, we’re also working on revising the Quick Races system to operate without wearing drivers or cars (after our recent survey/poll indicated that this is what you want).

More will be revealed on everything else we're doing over the next couple of months, because we're always pushing iGP Manager to the next level and with your support continually improving the service. 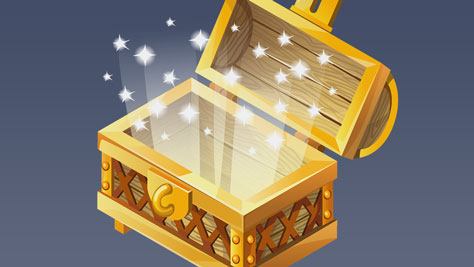 Daniel Roux 1 year 183 days ago
Nice, thanks for that 👍 when a rewards for the champion? Couple coin or I don't know 😁 amazing job, I love this game!!

Simon Price 1 year 183 days ago
I would like to see the drivers that are more prone to mistakes perhaps spin or even crash which could then bring out a sc or a vsc being deployed which could affect strategies, i think this game is awesome and you guys are going in the right direction

Ross Brawn 1 year 183 days ago
Congratulations! very good work, I look forward to the new circuits, I would also like and I think it would be a very positive option to add an option in the league to have the possibility to start each season with the cars with 1 rating in all the statistics (except the suppliers ), as when creating a new league, as I think it is already being used in the AOR league ... thanks again for your excellent work, it certainly has the best F1 Manager game.

Andrew Potter 1 year 183 days ago
Good work guys. Very good game and format and with you guys constantly working on updating and adding new features, keep it all the more entertaining. Well done!

James racing team 1 year 183 days ago
Thanks for the daily rewards. For new tracks it's essential now, it'll keep me playing the game for sure, as well as the quick races!

Kevin Bissell 1 year 183 days ago
Thank you for the freebies and all the other good news, especially advanced strategy. :-)
content/misc/comment/ajax/get.php?cpid=42&ccid=141&canComment=&canDelete=&cVoting=1&sorting=1comment-listparseComments 1 2 3
This site uses cookies. By continuing to browse the site you are agreeing to its use of cookies. Read our Privacy Policy